Well here we go again. This is the fourth or fifth project (depending on how you count them) that we have done for Steve and Kathy. They are great customers and a real pleasure to work for. This most recent project consisted of remodeling a main floor bedroom and laundry area. It is a continuation of the upstairs bedroom / bathroom remodel that was done in 2009 and a part of the overall remodel plan. The scope of the project was very similar to the previous one in that it consisted of removing the paneling and sheetrock from the walls and sheetrock from the ceiling. We made a few framing changes to create better closet space, enclose ductwork, fix odd sized door openings and straighten walls. As a part of this project as well as a continuation of one of the other previous projects we removed some exterior wood window and door trim and replaced it with new composite trim. There also were four windows that were removed and re-installed differently in the wall which will help them shed rain better. Prior to installing the new sheetrock there was some electrical work done by Rob Solomon of RS Electric which consisted of some additional switches and receptacles as well as relocating and adding some light fixtures. While the wall framing was opened up we had Marc Godfrey of Godfrey’s Plumbing make a few plumbing improvements in the laundry closet as well. New sheetrock was installed to walls and ceiling and a knockdown texture applied. This was done by Johnson Drywall Express from Augusta. The wall and ceiling painting was done by the customer. The new interior doors were paint grade, pressed hardboard, raised paneled doors, installed in oak jambs. The casing, base and window jamb extensions were also oak. The painting of the doors and staining and finishing of the wood work was done by Morgan Painting. The installing of the doors and interior wood trim, making and installing of closet shelves and installation of laminate floor was done by Rod Long of Rod Long Construction. The new carpet and pad in the bedroom was installed by Luis Mendoza of Carpet and Vinyl Floor Service. This turned what was a good bedroom into a great, guest bedroom and sewing room.

Words From the Client

"My primary concerns in hiring a contractor was to find someone who would complete the project on time, in budget, with good craftsmanship, and whom we felt comfortable with being in our home while we were gone. Mark and Timber Creek Construction easily exceeded all these goals. My wife and I are very pleased with the communication and quality of work done for us. We'll hire Timber Creek Construction again." 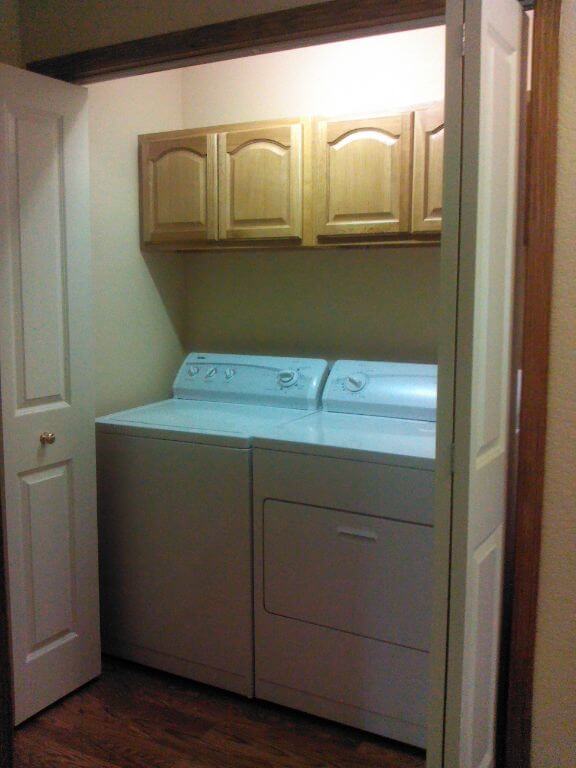 Manage Cookie Consent
To provide the best experiences, we use technologies like cookies to store and/or access device information. Consenting to these technologies will allow us to process data such as browsing behavior or unique IDs on this site. Not consenting or withdrawing consent, may adversely affect certain features and functions.
Manage options Manage services Manage vendors Read more about these purposes
View preferences
{title} {title} {title}

We have received your message and a member of our team will be in contact with you soon.