Before
Before
During Construction
Previous
Next
See All Project Photos

This project consists of a combination of three separate projects that are being combined into one. The first is the remodeling of the upstairs bathroom. The second is the repair/replacement of the kitchen ceiling. The third is the removal of the walls that had been built to enclose the front porch. The reason for this/these projects, is the bathtub upstairs had been leaking and had ruined the ceiling in the kitchen below and where the front porch had been enclosed, it was leaking as well.

The bathroom remodel consists of removing the existing ceramic tub and replacing it with a new fiberglass tub/shower. Replacing the existing supply and drain piping for the bathroom with new. Repairing and sealing the plaster walls and ceiling, spraying a knock down texture, and painting. Turning the existing built in ceramic shower into a storage closet. Installing new vinyl floor covering. Installing a new exhaust fan in the ceiling, new light fixture above the mirror and moving some switches.

The kitchen ceiling was a 2’x4’ suspended ceiling. It was removed and new 2×6 ceiling joists were installed with sheetrock. The new sheetrock ceiling was mudded, taped and finished smooth. New small crown molding was installed where the new ceiling and walls met.

The front porch portion of the project involved the removal of siding, paneling, sheetrock, windows and framing to open the porch back to its original form. It had been leaking for some time and the room had become unusable. Once the walls were removed it required the installation of some weather stripping and new hardware to the doors that were inside and now will on the front porch. This is going to improve the appearance of the house as well. 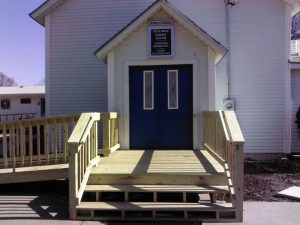 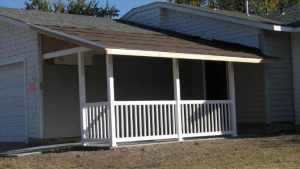 Manage Cookie Consent
To provide the best experiences, we use technologies like cookies to store and/or access device information. Consenting to these technologies will allow us to process data such as browsing behavior or unique IDs on this site. Not consenting or withdrawing consent, may adversely affect certain features and functions.
Manage options Manage third parties Manage vendors Read more about these purposes
View preferences
{title} {title} {title}

We have received your message and a member of our team will be in contact with you soon.